5 Fun Things To Do In Santa Rosa 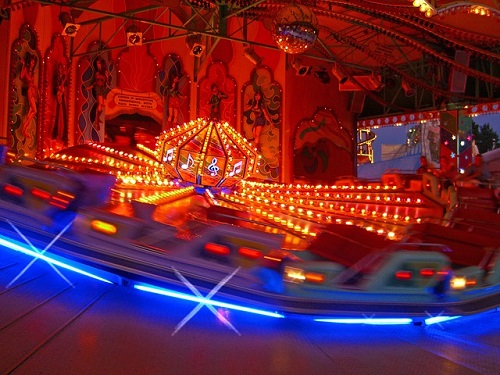 There is more to ol’ Santa Rosa than wine. Below is a list of 5 things you can do today and or schedule ahead of time to show you the diversity available in this beautiful city!

This museum was named in honor of the man who left behind the Snoopy cartoon characters we all know and love so much. It pays homage to his legacy by showcasing the most expansive original peanuts art work in the world.

It’s made up of original strips, exhibitions on the art of cartooning and how Schulz himself played a significant role in the creation and development of the entire genre we still cherish to this day.

Ever wondered what it’s like to travel full-speed on a human operated railroad car?

At the Great West End Regatta held annually you’ll have the opportunity to come aboard these people-powered creations as you zip along on the tracks!

If you don’t have the ‘need for speed’, you’re welcome to come take part in all the fun festivities that ensure prior to and post-races where there’s good beer, crazy costumes, and interesting people to meet and greet.

Hey. Who cut the cheese?! The California Cheese Trail is an artisanal movement where non-lactose intolerant people can come, mingle, and of course, eat cheese. But not your average American, Swiss, or other common varieties. The kind you will likely never see in a mainstream grocer – even speciality stores because they’re so rare.

You can sample the regions finest dairy products local farms hand make and produce themselves for your eating pleasure. It’s a self-guided adventure that takes you through California’s robust backcountry to farms such as Cowgirl Creamery and Bravo Farms Cheese. Now say “Cheese!”

There are many things in life causing undue stress. That’s why Osmosis is a perfect ‘getaway’ hotspot for couples to have access to luxurious amenities, massages, facials, and spa baths to bring your spirit back to its natural equilibrium while surrounded by the sounds of mother nature.

Famous horticulturist, Luther Burbank, is most famous for his extensive plant breeding experiments over the course of a 50 year career.

He brought to the forefront 800 new varieties of fruits, veggies, grains, and nuts, much of which everyone in the world use to grow to eat or enjoy its beauty today – the Russell Potato strand is one of them, one of the most widely used crops in America to feed families all over relatively inexpensively.

Luther spent the better half of his life in Santa Rosa tending to his garden and after his passing the house was registered as a national, state, and city historic landmark open to the general public year round to ‘taste the fruits’ of his harvest first hand.